I actually like to visit big cities, just for a few days, and I don’t mind doing all the touristy stuff. I’ve been to New York City twice, and I’ll probably come back again. This is my 2 cents on what to do in The Big Apple.

People Watching. It’s practically impossible not to be among people in New York. You’ll see all types of people, so why not make it to an activity. You can do it at Times Square, just keep in mind that you’ll probably see more tourists than New Yorkers. There are other cool places, Central Park and Zuccotti Park in Lower Manhattan, just to name a few.

Landmarks. They’re all over the city. Empire State Building, Brooklyn Bridge, Statue of Liberty, the list goes on and on.

Look Down. Skyscrapers are the mountains of New York. Get up and look down. For a breathtaking view in all directions, head to the 70th floor of the Rockefeller Center. This is known as the Top of the Rock. Go all in and buy a Sun & Stars ticket.

Look Up. By looking up, the city becomes even more spectacular. It also sparks new photographic angles.

Money. Wall Street, the infamous Financial District of New York City. This is Gordon Gekko-land with suit and tie as dress code, although there are lots of tourists as well. Anyway, don’t’ forget the bronze sculpture Charging Bull in Bowling Green Park. The oversize sculpture is a real Wall Street icon.

Memorials. Strawberry Fields in Central Park. This area is dedicated to John Lennon. The former Beatle and his wife Yoko Ono had their residence in the Dakota Apartments adjacently located to this area of the park. He was murdered and shot dead in front of his home on December 8, 1980.

Politics. United Nations Headquarters. You’ve probably seen the iconic building in the news. Walk up to the area, maybe you’ll get a glimpse of some world leaders. There’s also a visitor center.

Diversity. If you’re looking for immigrant enclaves and ethnic communities, you’ve come to the right place. Let your personal interest decide which ones to visit, but Chinatown is worth a visit. It’s one of the oldest and largest Chinese communities outside of Asia.

Food. Grab a hot dog! Street food is just the way you eat in New York. Want to sit down? Say hello to Big Daddy’s, a hip 80’s styled diner with tasty food to fuel your day. 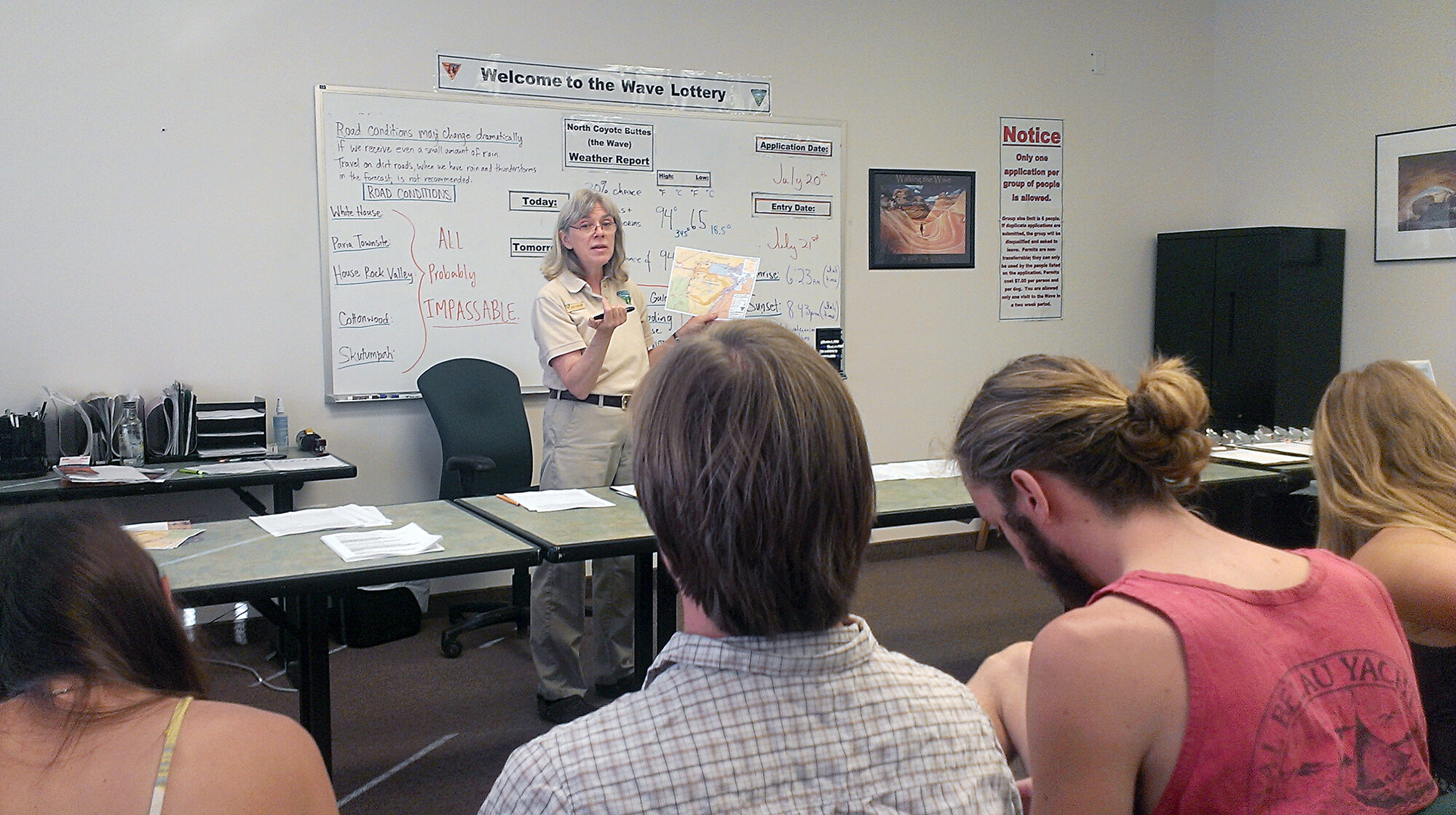 Finally! I’m going to hike the Wave this year in May. After four failed attempts, I finally won a permit in the online lottery. Hiking The Wave is the ultimate photo-adventure. Obviously I’m excited about the hike but also the opportunity to photograph one of the most stunning places in the world.

Expect the wild! There are no established trails in Coyote Buttes North, where The Wave is the main geological feature. It’s a remote area within the Paria Canyon/Vermilion Cliffs Wilderness.

These permits are hard to get. The odds of getting a permit in the online lottery are about 4-5%. The Bureau of Land Management (BLM) only allows 20 people per day into Coyote Buttes North, and 10 of the permits are issued online through a lottery. The other ten are issued as walk-in permits, also through a lottery held at the Grand Staircase-Escalante National Monument Visitor Center (long name) in Kanab, Utah. To enhance your chances, apply for weekdays. Normally they tend to get fewer applications.

PHOTO: In 2013 I did my best to win a permit in the walk-in lottery, but without any luck. Those guys ahead of me won, lucky them.