Going on a road trip? Check out these 5 bridges.

I actually like to visit big cities, just for a few days, and I don’t mind doing all the touristy stuff. I’ve been to New York City twice, and I’ll probably come back again. This is my 2 cents on what to do in The Big Apple.

People Watching. It’s practically impossible not to be among people in New York. You’ll see all types of people, so why not make it to an activity. You can do it at Times Square, just keep in mind that you’ll probably see more tourists than New Yorkers. There are other cool places, Central Park and Zuccotti Park in Lower Manhattan, just to name a few.

Landmarks. They’re all over the city. Empire State Building, Brooklyn Bridge, Statue of Liberty, the list goes on and on.

Look Down. Skyscrapers are the mountains of New York. Get up and look down. For a breathtaking view in all directions, head to the 70th floor of the Rockefeller Center. This is known as the Top of the Rock. Go all in and buy a Sun & Stars ticket.

Look Up. By looking up, the city becomes even more spectacular. It also sparks new photographic angles.

Money. Wall Street, the infamous Financial District of New York City. This is Gordon Gekko-land with suit and tie as dress code, although there are lots of tourists as well. Anyway, don’t’ forget the bronze sculpture Charging Bull in Bowling Green Park. The oversize sculpture is a real Wall Street icon.

Memorials. Strawberry Fields in Central Park. This area is dedicated to John Lennon. The former Beatle and his wife Yoko Ono had their residence in the Dakota Apartments adjacently located to this area of the park. He was murdered and shot dead in front of his home on December 8, 1980.

Politics. United Nations Headquarters. You’ve probably seen the iconic building in the news. Walk up to the area, maybe you’ll get a glimpse of some world leaders. There’s also a visitor center.

Diversity. If you’re looking for immigrant enclaves and ethnic communities, you’ve come to the right place. Let your personal interest decide which ones to visit, but Chinatown is worth a visit. It’s one of the oldest and largest Chinese communities outside of Asia.

Food. Grab a hot dog! Street food is just the way you eat in New York. Want to sit down? Say hello to Big Daddy’s, a hip 80’s styled diner with tasty food to fuel your day. 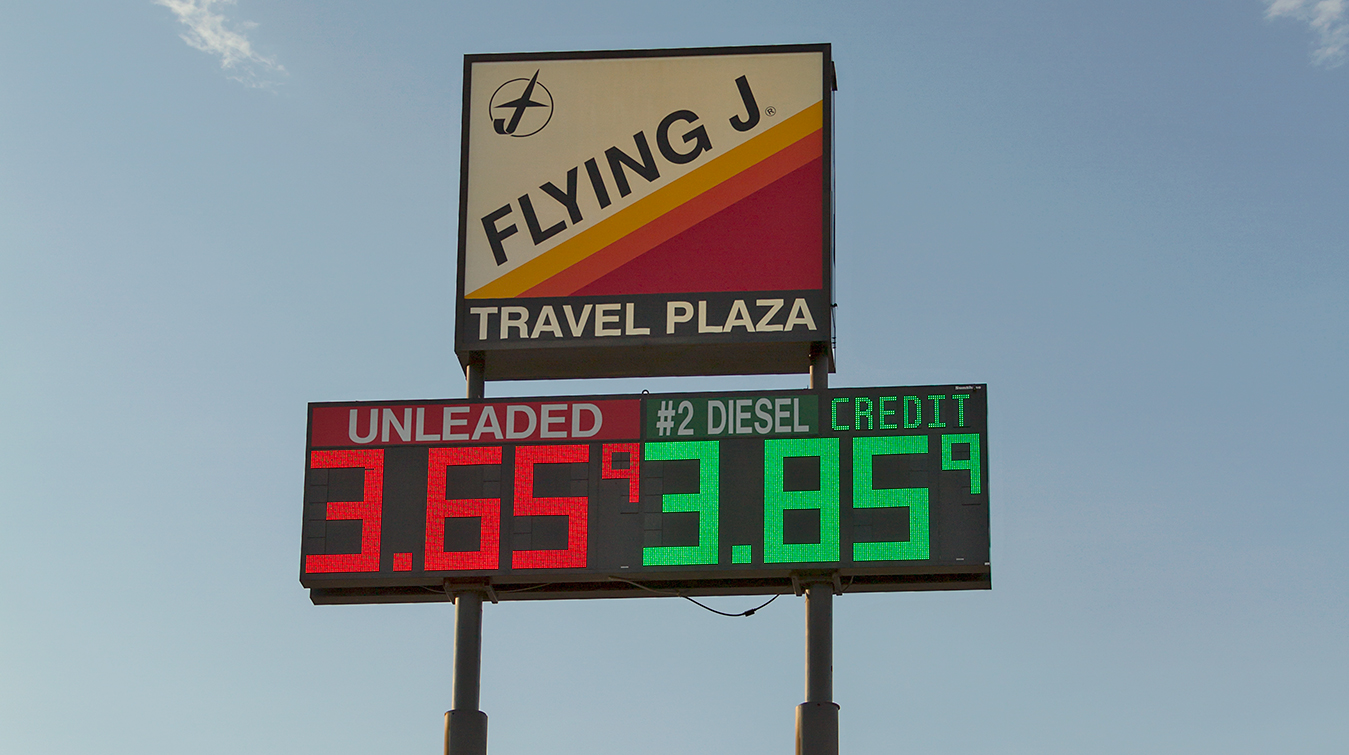 Who doesn’t love cheap gas? It’s not a secret that gas is cheap in the USA, although Americans at times believe they’re paying too much. Coming from Europe, American gas is always cheap. Roughly speaking, when a gallon of gas is $7.64 in Denmark, it’s only $2.90 in the USA. Nevertheless, gas is still a cost. Using GasBuddy.com, I can estimate how much I’m going to spend on gas. I use the website when I’m planning my trip, and I use the app when I’m on the road. It can pinpoint me to the cheapest gas. I’m not a slave to GasBuddy, but it’s nice to get an indication of the cost. I’d rather spend my money on food than on fuel.

As of 2018, GasBuddy is an U.S. exclusive app, which means I can’t access the site and app from an IP-address in Europe.

I’ve just realized that for the past 5 years I have road tripped a total of 20,722 miles, most of them with me in the driver’s seat. Yet, I’m not tired of driving. Hard to describe, but the feel of cruising the open road is just rejuvenating. The photo is from Highway 50 in Nevada, also known as The Loneliest Road in America.